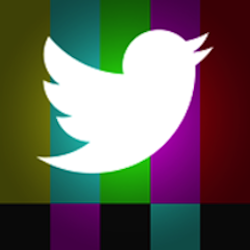 I love Twitter. I always thought it was full of potential, and I still think it is (though it’s lost in a mass of One Direction and X Factor fans).

Firstly, let me make it clear that I’m not a perfect Twitter user, I don’t have a massive Twitter follower count, and I basically have no authority on this topic. But, I have been on Twitter since about July 2008, so I’ve seen a few trends, rises and falls, and also @StephenFry follows me.

Let me explain a couple of Twitter basics that some people don’t tend to understand, or may have forgotten. These are fundamental to a couple of points I raise later.

If I’ve included a tweet of yours, I don’t think you’re a bad person, I just think there’s room for improvement in your tweeting style. I still love you. None of these people are spammers. In fact, they all deserve a follow!

Probably the most controversial topic about Twitter these days. First conceived for Twitter in 2007, the use case of a Hashtag seems to have been completely lost. As far as I can tell the purest usage of hashtags would be adding the hashtag of an event (or tv show, or whatever) to the end of a tweet when you wouldn’t naturally use the name of the event in the tweet. The usual example is a conference, so if you’re tweeting all day at this conference then you don’t want to have to rephrase the tweet to include the name naturally, so you just append #thename on the end. Finally, hashtags don’t support punctuation, and are much easier to read when in CamelCase. #don’tdothis

A touching gesture, if used correctly. I think that a follow friday shouldn’t just be a #FF hashtag then a list of usernames. When seeing a follow friday I expect to see the hashtag, the username, and a reason to follow the person. When (really, if) I receive a follow friday, I’d like to think it was a considered choice and know what I’d done to deserve it. Also, I think #TeamFollowBack is a silly throw-back to the Friend adder trains of MySpace days. Twitter (and social media) isn’t a numbers game or a popularity contest, it’s about connecting with people.

#ff @ahj, great presenter and DJ and absolutely lovely guy when I met him in Bangor a couple of years back :)

Times of old, we didn’t have a retweet button so we had to improvise. We would copy the original tweet and prepend it with RT and the original tweeters username. Since November 2009 we’ve had a button that does it all automatically and it looks really good. So, people that still use the old syntax, what are you doing? Really.

RT @behindthespin Don’t give social media to the Facebook generation because they’re used to no boundaries and share too much. #leedsmetlive

I’m not sure why this one bugs me as much as it does, but it really gets to me. By ego replies I mean adding a character (usually a full stop) to a reply so that it becomes a public tweet. If I wanted to see your tweets to that person I’d follow them, or just check your profile. The tweet should be rephrased so that it doesn’t start with the username. I call it ego replies because it’s like you think we care so much about your conversations with everyone. We don’t.

Not the best example, but it still serves the point; either rephrase the tweet (eliminating the need for . ) or don’t use the . and let only @Square followers of yours see the tweet.

When you click ‘reply’ Twitter automatically adds all the usernames of people mentioned in the original tweet. That’s great, but if that tweet was part of a conversation then you might end up tweeting everyone in that conversation when you only meant to reply to one person. This isn’t much of an inconvenience because the others might want to know what you have to add, and your reply is likely to be relevant. But if they don’t want to know, you’re causing unnesecery notifications with your continued conversation. Just be careful who you’re actually replying to.

(Edit: example removed by request of @LingoLiz, I will update when I find another example.)

Update: Here’s an example of someone else complaining about what I’m talking about! Click the date to see the whole conversation and it’ll make sense!

The 140 character limit means that linking things can be tricky. Luckily URL shorteners exist (such as bit.ly or goo.gl) but since 2010 Twitter has implemented it’s own shortener t.co that automatically shortens any URL you put into a tweet and the best bit is that when people look at the tweet they can see the actual URL rather than a 3rd party shorteners domain. I really like to know what I’m clicking on before I do so, it helps me to keep safe online. It is possible to dereference those other short urls but it’s a hassle that I shouldn’t have to go through. It helps to quickly filter the stuff I want to see from that I don’t.

Are you a writer? Want to know the coolest thing you can ever do for your writing? Read this & RT! -> goo.gl/LurrL

What do people think? icloud.com/photostream/#A…